Clicking the above link will take you to a website that is not operated by Hotfrog. Hotfrog is not responsible for the content or availability of linked sites.
Opening Hours
Address: Shop 2/162 Oxford StreetLeedervilleWA6007

Show me directions to Rohan Jewellery

Born in Western Australia, the great grandson of Captain James Tilly a founding father of Broome's pearling industry, it is no surprise Rohan Milne developed a passion and discerning eye for designing and crafting jewellery at a young age. A multiple award winning apprentice jeweller, Rohan understood that if he was to one day be recognised by his peers as a Master Jeweller he would first have to seek out the finest craftsmen in the world and once again become a student of the art. It began with a rare invitation by the world's most awarded designer and jeweller to the stars, Henry Dunay, for Rohan to travel to New York City and 'try out' in his workshop. After just a week Rohan was offered a position in Mr Dunay's Production Workshop, working with a team of 22 jewellers. Within a month he was personally invited by Mr Dunay to join his private Workshop consisting of a team of just 5 jewellers creating one-off pieces for Mr Dunay's closet and most valued clients. Under the watchful eye of this world acclaimed designer, Rohan was taught the age-old traditions of handcrafting jewellery; traditions and techniques rarely practiced in the present day. In his continued pursuit for excellence, Rohan later moved to Rome where he had the privilege of training under the instruction of Maestro Giorgio Guccione and his son Gianluca. Described by Rohan as a "true master of the lost art'', Rohan was further inspired by the traditional methods of jewellery design and creation. Returning to Perth in 2007, with an unwavering commitment to the traditional handcrafting process and techniques of jewellery design and creation, Rohan and his wife Toni founded Rohan Jewellery. The Gallery had only been open four years when Rohan Jewellery was chosen as one of thirty jewellers worldwide by Argyle Diamonds to become a Select Atelier; an exclusive invitation to view and acquire one of the world's most desired of gems - the Pink Diamond. So rare and precious are these stones that barely a handful are recovered from the remote East Kimberly region of Western Australia each year. This honour adds further kudos to a recent invitation by the Diamond Guild of Australia for Rohan Jewellery to become and exclusive member. Consisting of just 14 jewellers throughout Australia, an invitation for membership is only possible through the nomination of two existing members; peers in the industry who have come to recognise Rohan's skills and passion for handcrafter jewellery. Personable and relaxed, Rohan and his team love nothing more than to sit with their clients to discuss, sketch and select the perfect stones and precious metals to create an original Rohan design. 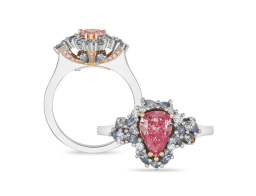 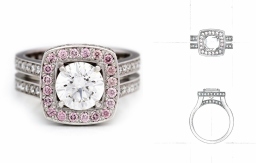 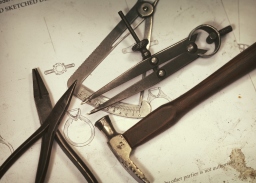